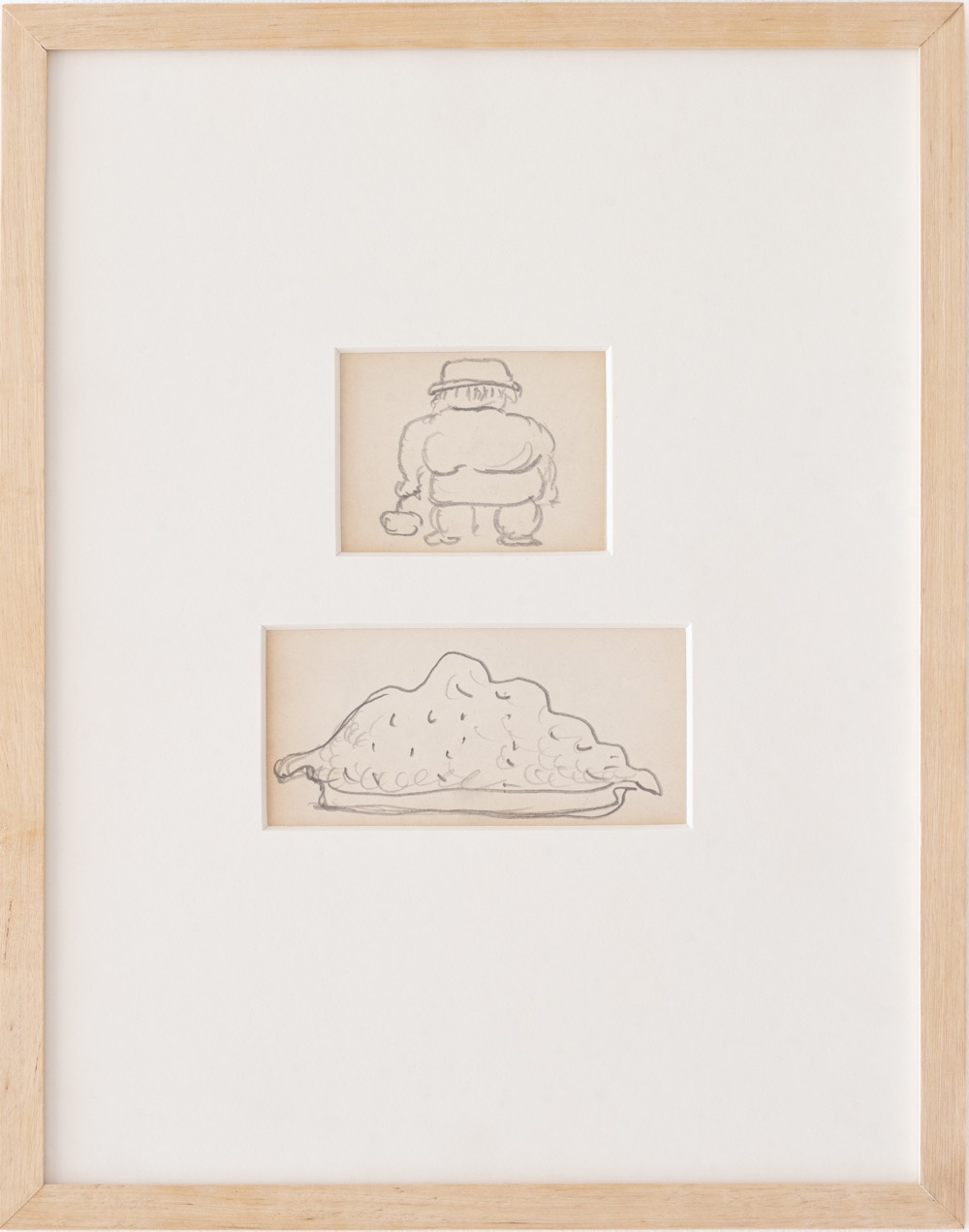 Best known for his cartoonish paintings and drawings from the late 1960s onwards, Philip Guston audaciously returned to figuration at the height of Abstract Expressionism. Guston created a lively cast of characters rendered in bold brushwork—sinister, hooded figures reminiscent of the Ku Klux Klan; cyclopean heads; and disembodied limbs. Seemingly mundane objects, such as bare light bulbs, shoes, cigarettes, and bricks were also imbued with personal meaning. A muralist with the government-funded Federal Art Project in the 1930s, an Abstract Expressionist in the 1950s and ‘60s, and a figurative painter in the last decades of his life, Guston is regarded as a leading figure in the creation of a new style of painting known as Neo-Expressionism.


Two distinct pencil drawings, each on cardboard, affixed to a single mat