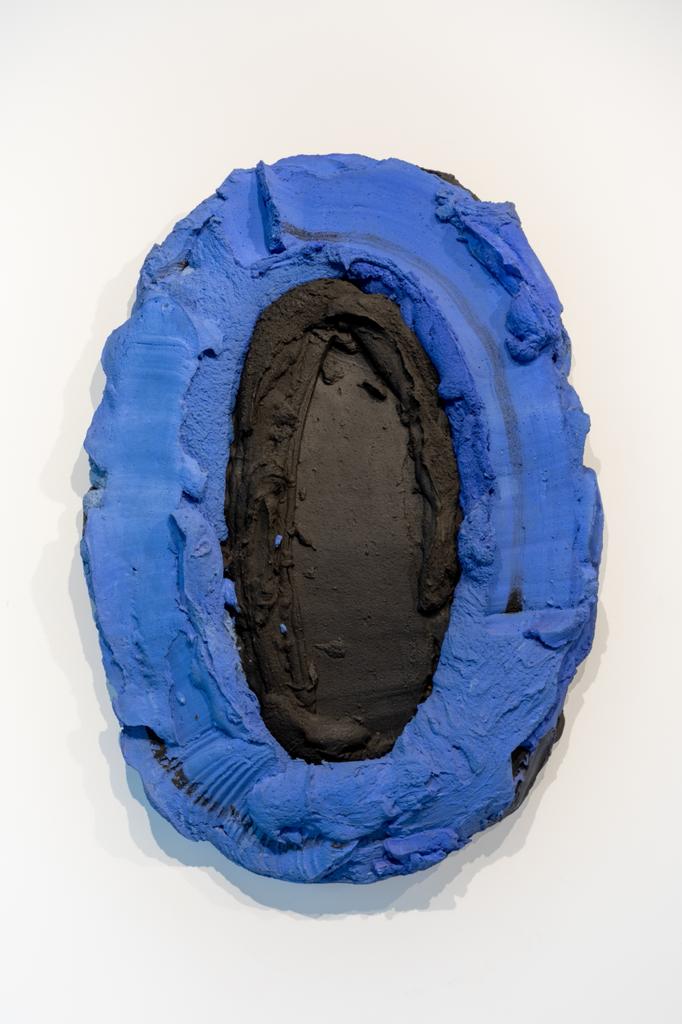 Bram Bogart was a Dutch painter best known for his involvement in the Art Informel and CoBrA movements. His paintings are characterized by their heavy impasto applications of color in patterns or loose shapes on thick wooden panels, resulting in palpable and tactile textures. Bogart created his unique surfaces using a mixture of oil, pigment, mortar, chalk, and siccatives—additives to help the thick paint dry more evenly and quickly. Born Abraham van den Boogart on July 12, 1921 in Delft, the Netherlands, he went on to live in Paris, later settling in Belgium where he became a citizen in 1969. He notably represented Belgium in the 1971 Venice Biennale, and his work can be found in the collections of the Centraal Museum in Utrecht and the Stedelijk Museum voor Actuele Kunst in Ghent, among others. Bogart died on May 2, 2012 in Sint-Truiden, Belgium.