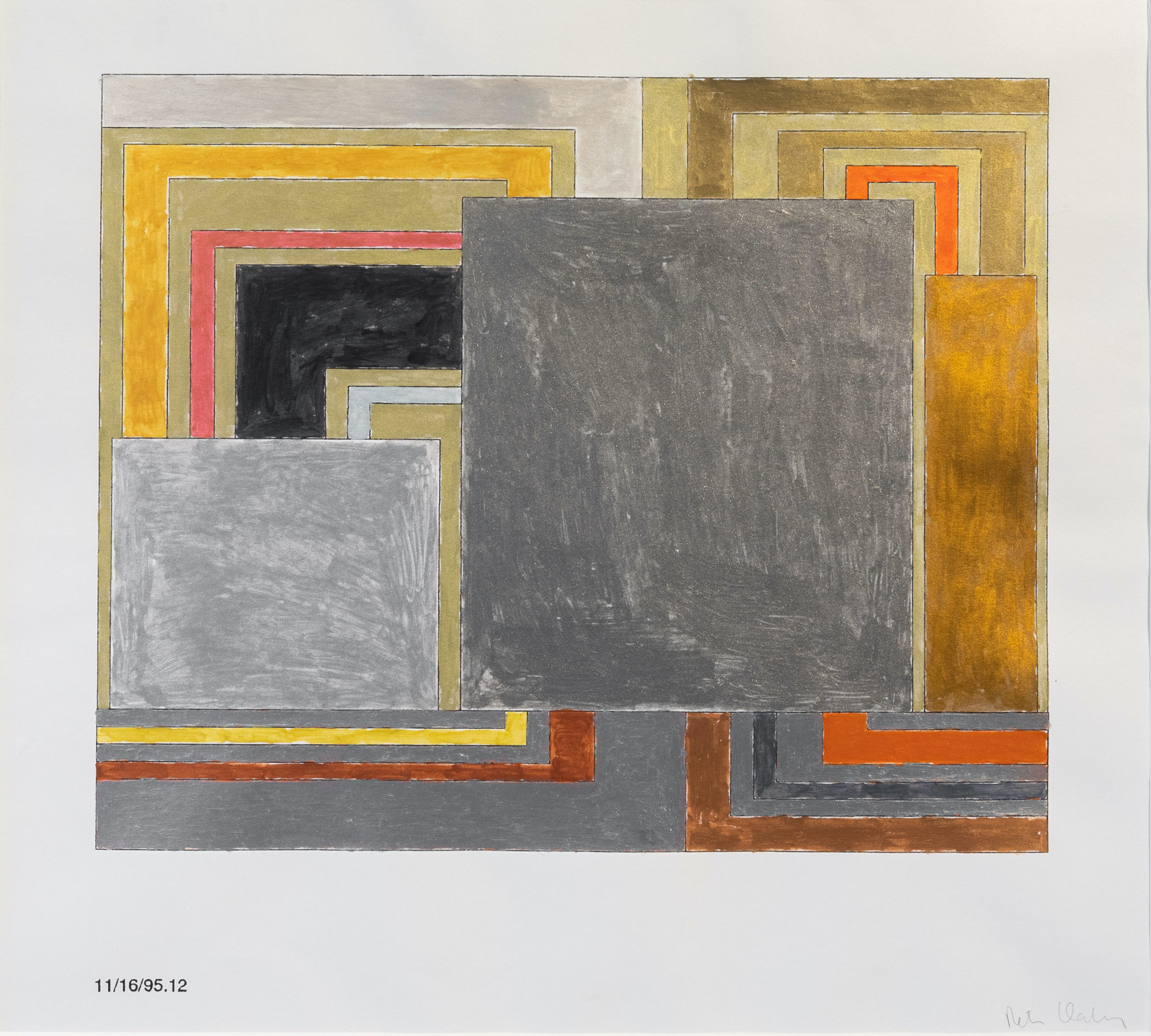 Peter Halley (American, b.1953) is a painter and printmaker associated with the Minimalist, Neo-Geo, and Neo-Conceptualist movements. He is best known for his brightly colored, geometric abstractions, which he calls “prisons” and “cells.” Born in New York City, Halley received his BA from Yale University, and his MFA from the University of New Orleans in 1978. In the 1980s, Halley began painting his prisons and cells, often connected by conduits, using Day-Glo acrylic colors and Roll-a-Tex texture paint additive. These iconic shapes reflect the rigid compartmentalization of space in the modern urban environment. 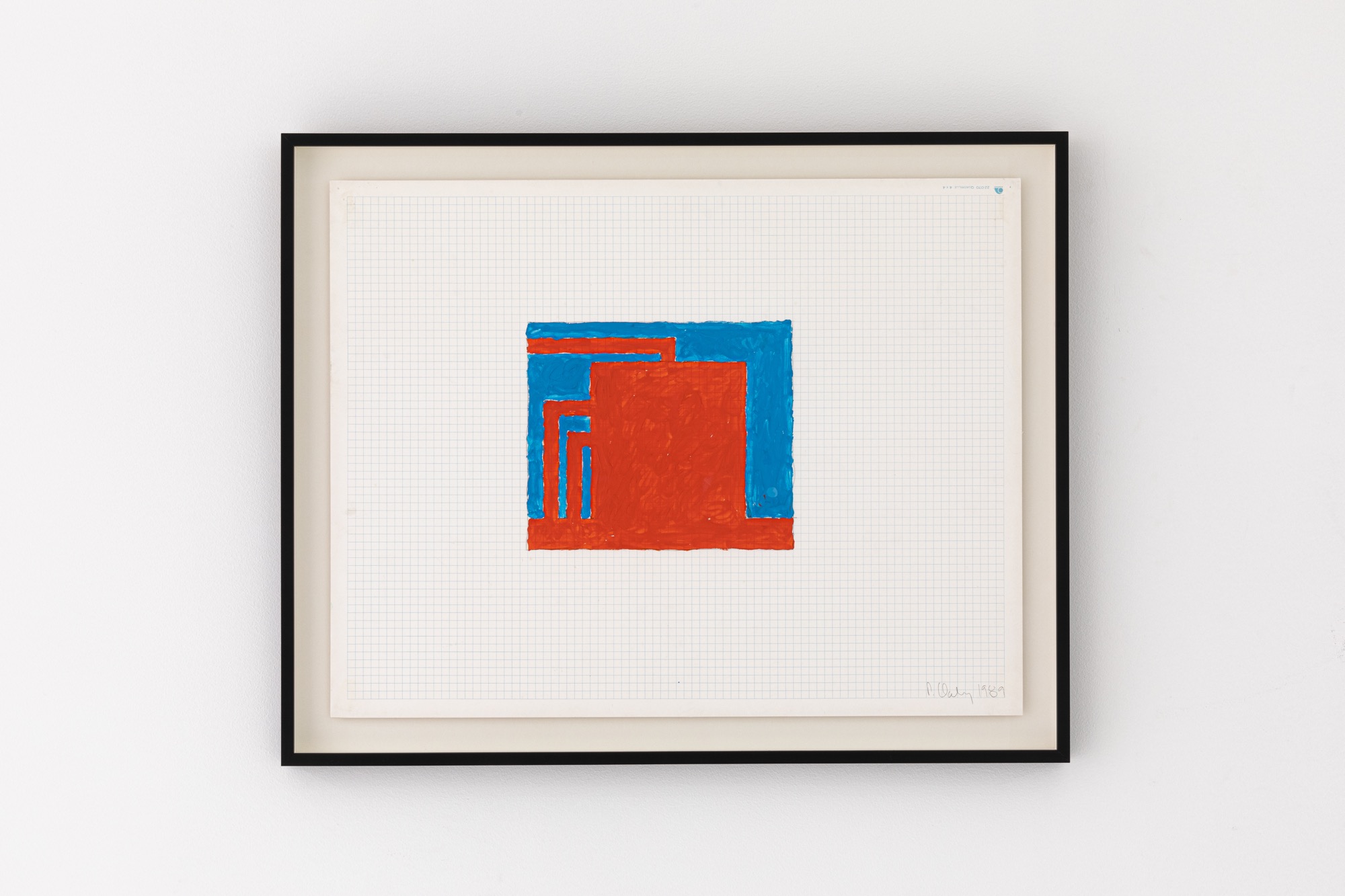