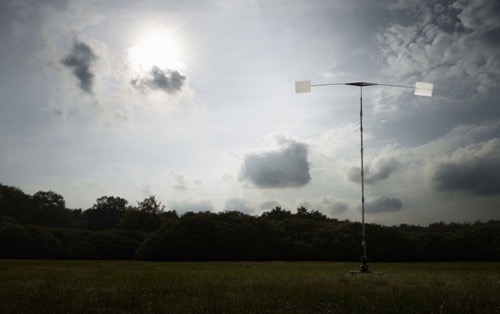 Among the leading kinetic artists, Vassilakis Takis has created a pioneering body of sculptures, performances, and sound pieces focused on electromagnetism, a force with which he has been fascinated since the beginning of his career. Takis settled in Paris in 1954, and crafted his first “Signal” sculpture the following year. His best-known series, the “Signals” are composed of delicate, moving rods springing from a solid base and topped with various industrial and technological fragments. Referencing natural and manmade antennae, they seem to commune with their surroundings. Magnets are the animating center of his works. He has harnessed their pull to suspend human beings and objects in space. For Takis, electromagnetism is a unifying force, which runs through all bodies, and which he celebrates in art that, in his words, “binds together in space, objects, metals, roaming particles of the cosmos.” 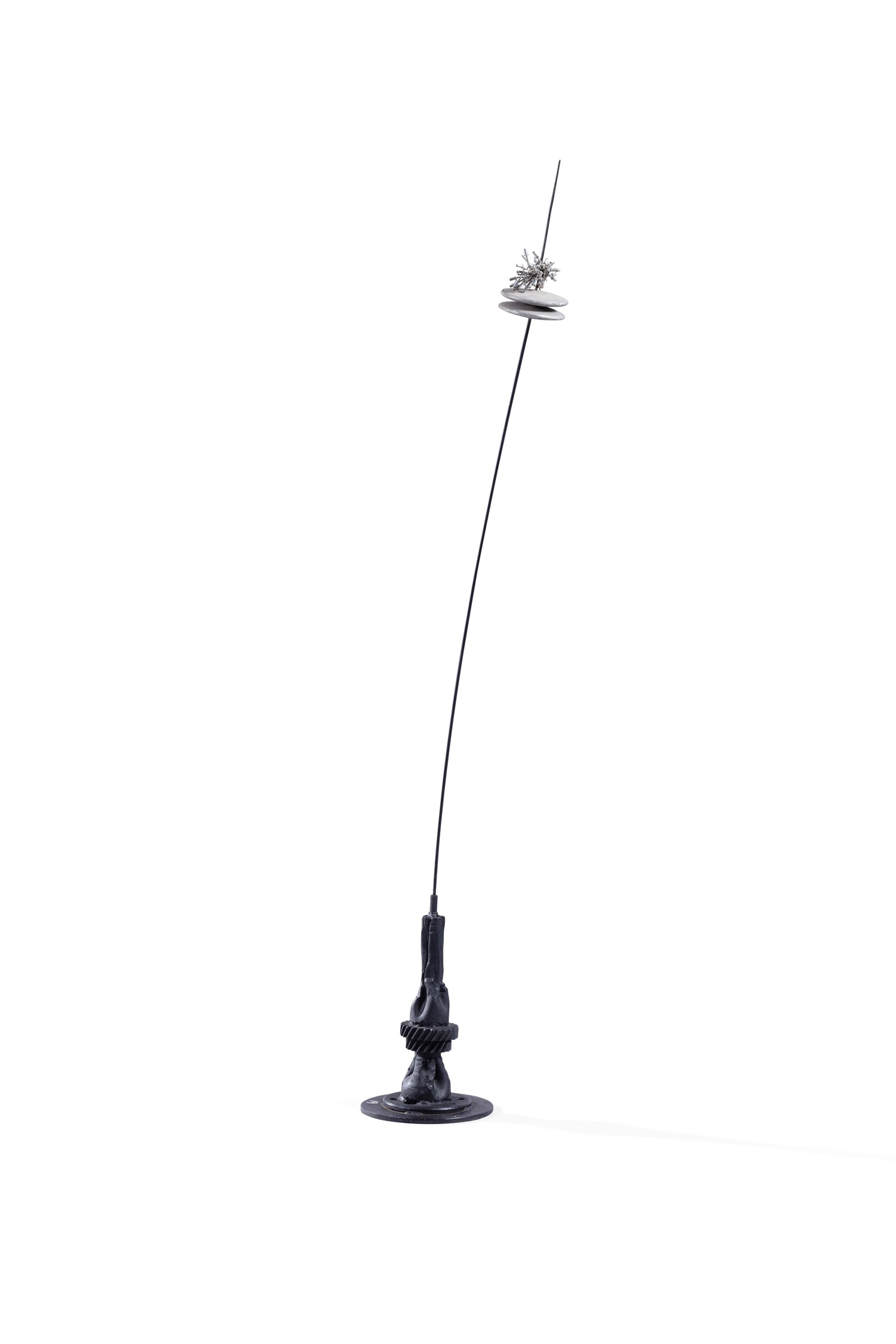