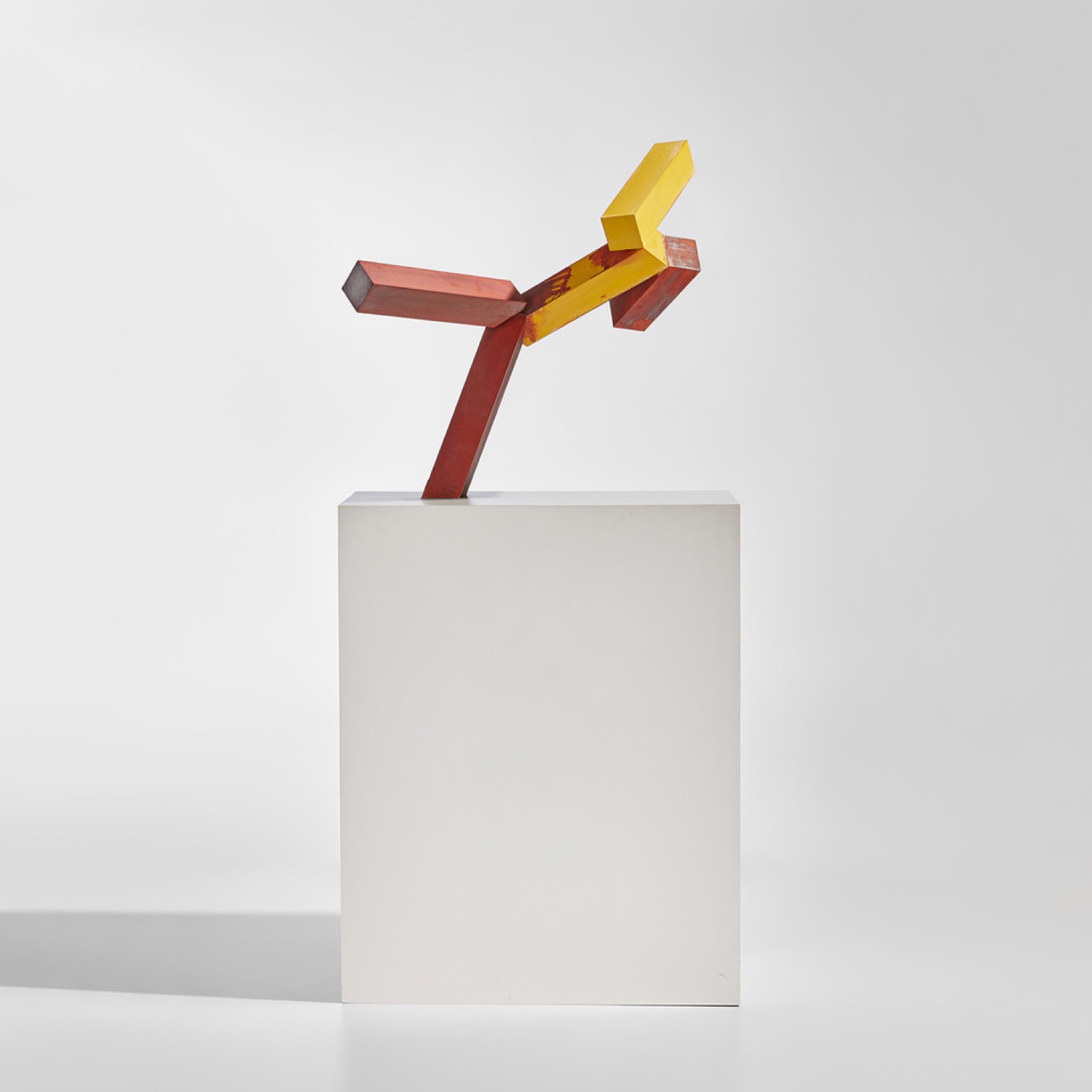 Joel Shapiro’s playful, minimalist sculptures, typically made from wood or bronze, teeter at the boundary of abstraction and figuration. The artist constructs his seemingly simple forms out of multicolored painted blocks and soaring planes. A number of his pieces evoke human figures in motion, though even these embrace the spare, open-ended nature of geometric abstraction. Shapiro often suspends his pieces by wires attached to walls, floors, and ceilings; the architecture of individual exhibition spaces and the works’ proximity to viewers help dictate their impact. Shapiro has exhibited widely around the world and completed large-scale public commissions in Washington, D.C.; Denver, Colorado; Ottawa, Canada; and Guangzhou, China. His work has sold for six figures on the secondary market and belongs in the collections of the Museum of Modern Art, the Whitney Museum of American Art, the Metropolitan Museum of Art, the Art Institute of Chicago, the Tate, the Stedelijk Museum, Moderna Museet, and the Centre Pompidou.