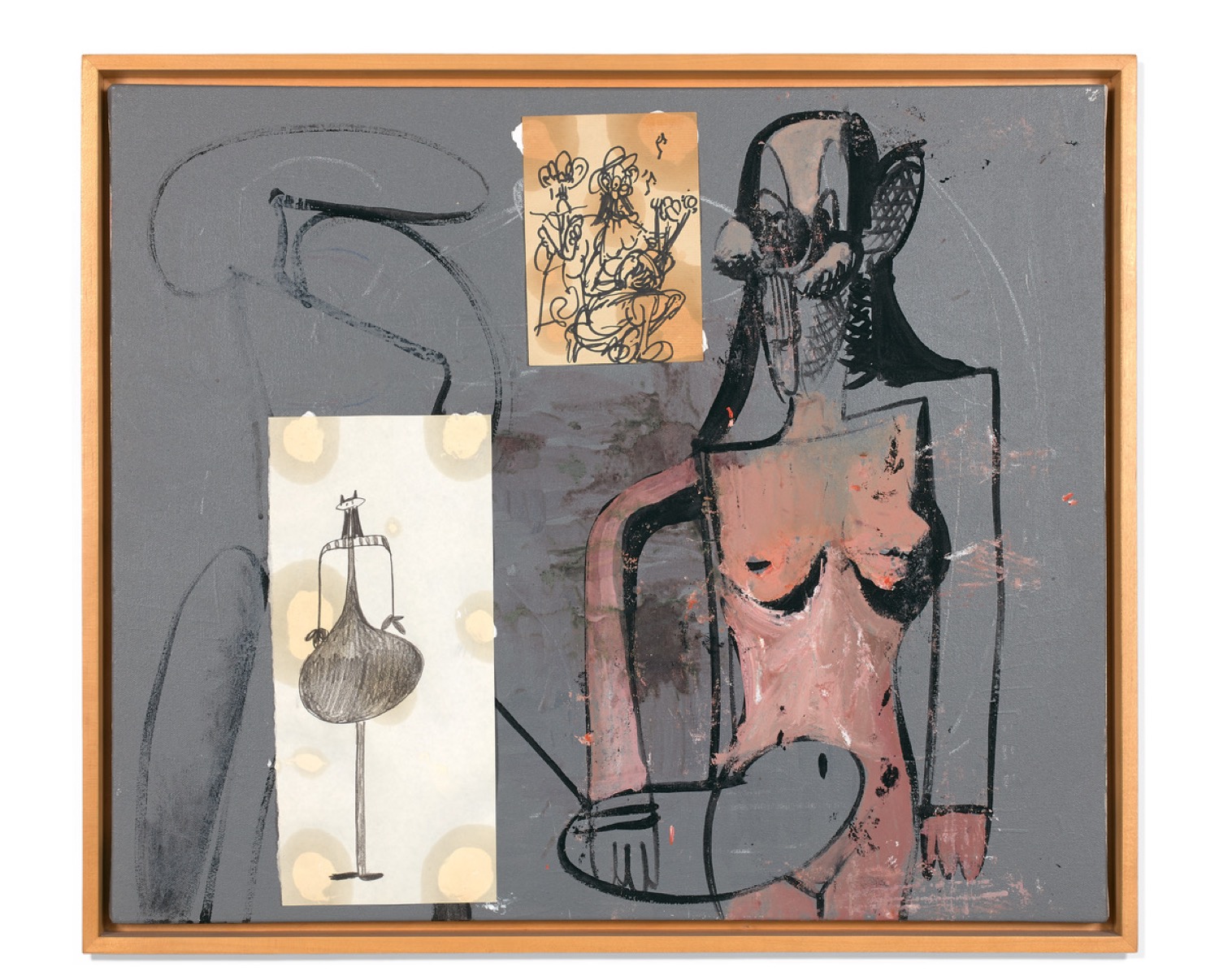 Painter George Condo populates his canvases with a parade of grotesques; his figures’ bulging eyes, bulbous cheeks, proliferating limbs, and fractured faces evoke the allure and abjection of a carnival. Condo takes inspiration from artists including Pablo Picasso, Diego Velázquez, Henri Matisse, and Cy Twombly, integrating tenets of abstraction into a practice that ranges from macabre portraiture to more geometrical, less representational compositions. Condo has referred to his surrealistic style as “psychological cubism,” which attempts to capture a subject’s multiplicity, and as “artificial realism” that offers a simulated, distinctly American take on European art history. Condo has participated in the Venice Biennale and exhibited at Tate Modern and the New Museum, among other institutions; today, his work sells for more than $6 million at auction. He famously got his start working as a studio assistant to Andy Warhol. Condo has also created album art for Kanye West.