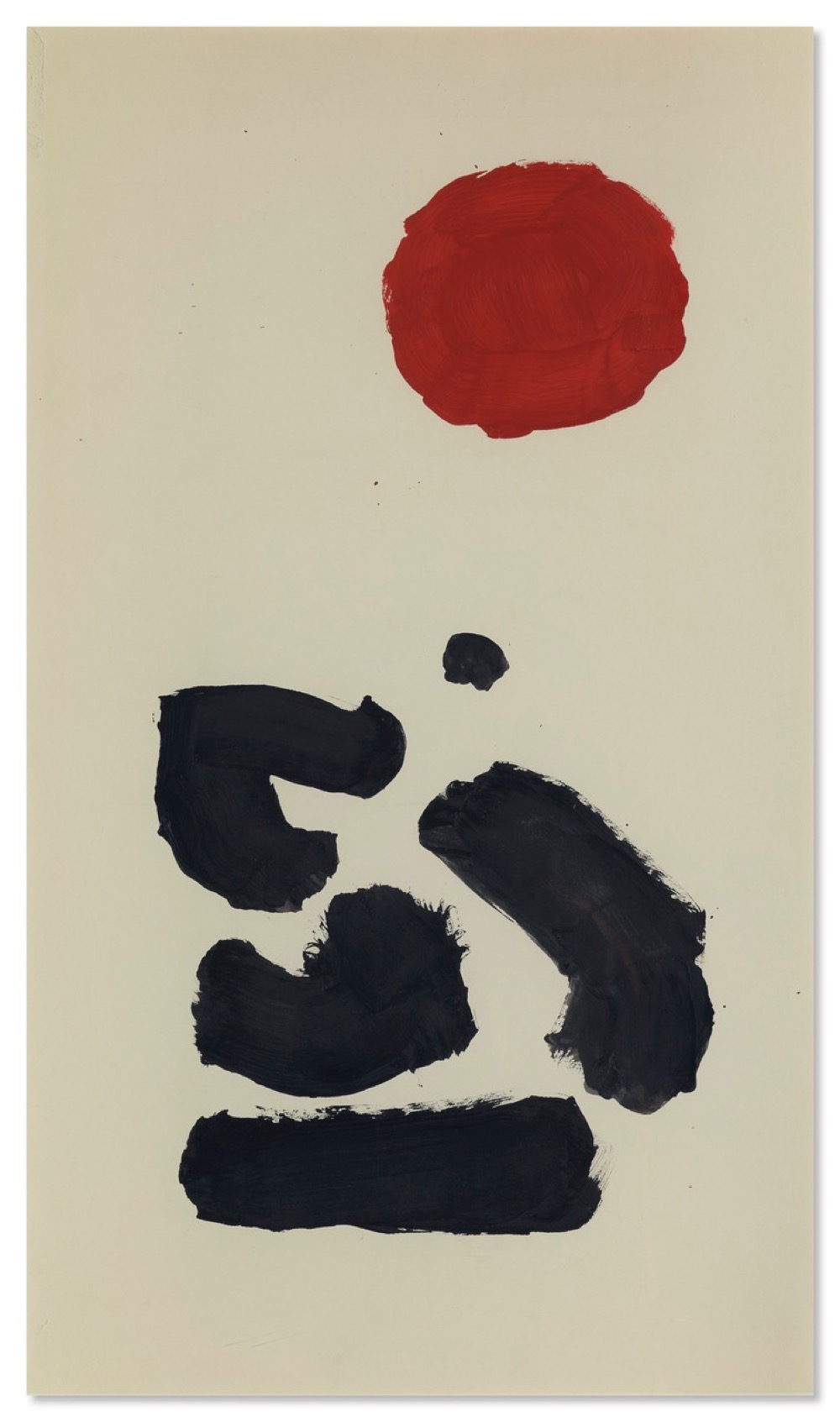 Adolph Gottlieb helped pioneer Abstract Expressionism with a minimalistic visual language that drew on the aesthetics of Surrealism and symbols reminiscent of tribal cultures and mythology. Though the artist worked across painting, printmaking, and sculpture, he is best known for his elemental fields of color and bold, gestural brushstrokes, which helped launch new, painterly approaches to the picture plane. Gottlieb has been the subject of solo exhibitions at the Guggenheim Museum, the Whitney Museum of American Art, the Jewish Museum, the Museum of Modern Art, the Los Angeles County Museum of Art, the Phillips Collection, and the Brooklyn Museum. He was among the first of his generational cohort to be collected by MoMA and the Guggenheim. Gottlieb also oversaw the construction of a 1,300-square-foot stained glass façade for the Milton Steinberg Memorial Center in New York and a suite of stained glass windows for the Kingsway Jewish Center in Brooklyn. His work sells for millions on the secondary market.