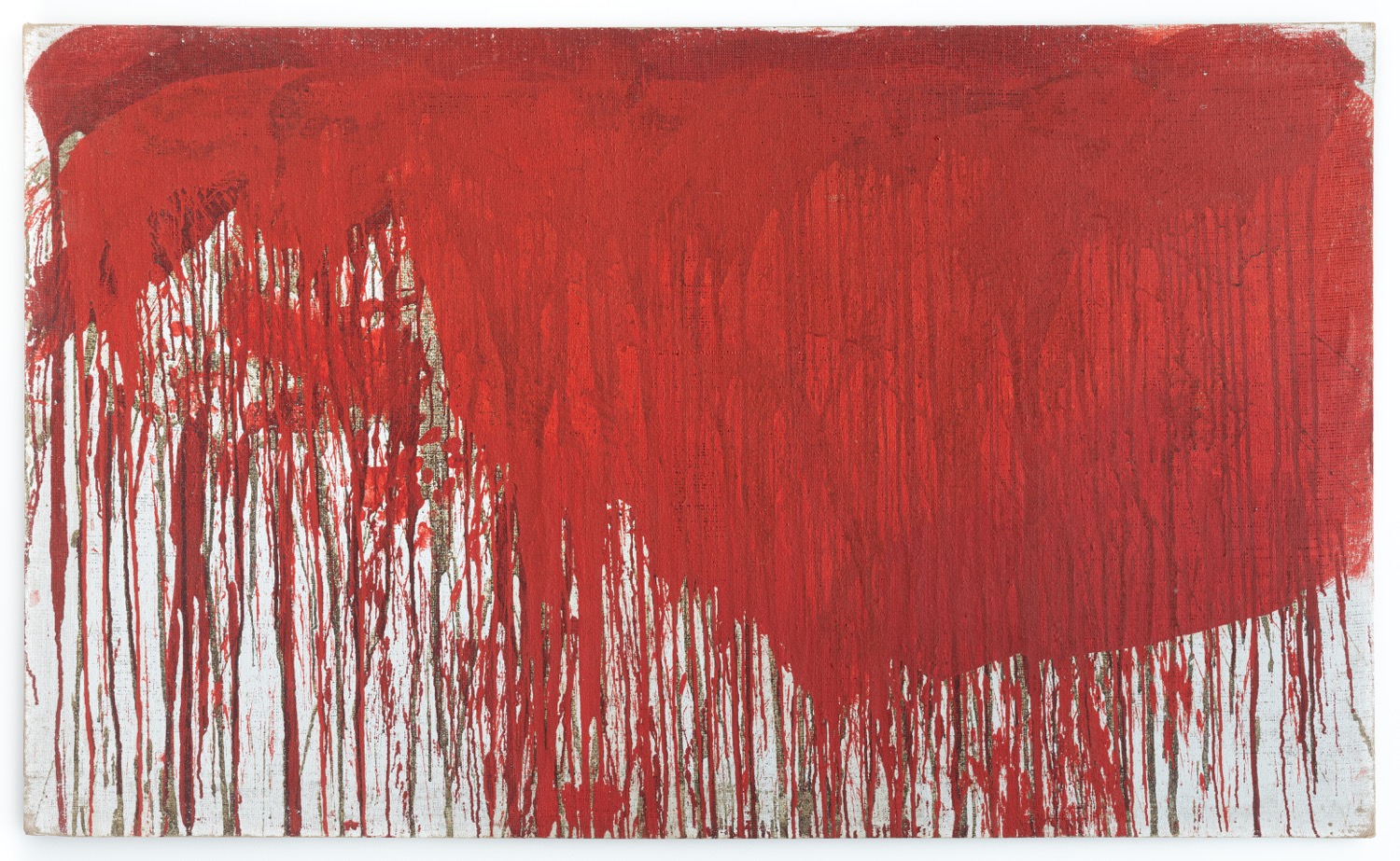 Hermann Nitsch is an Austrian artist known for his visceral performance art practice, often based on the ritualistic practice of sacrifice. Nitsch’s outrageous works are referred to as Orgien Mysterien Theater and involve blood, animal entrails, and nudity. “I want my work to stir up the audience, the participants of my performances. I want to arouse them by the means of sensual intensity and to bring them an understanding of their existence,” the artist has said. Born on August 29, 1936 in Vienna, Austria the artist originally conceived of his aktionen, or action performances after having experienced World War II as child. Interested in the intensity of his memories, he has sought religious themes and customs to convey his emotions since the 1950s. He is a member of the Vienna Actionists, along with Günter Brus, Otto Muehl, and Rudolf Schwarzkogler, each artist practices a form of confrontational art. The group’s work has influenced an international assortment of artists, including Alan Kaprow, Carolee Schneemann, Nam June Paik, and Charlotte Morman. In 2007, Nitsch opened the Hermann Nitsch Museum in Mistelbach, Austria. He currently lives and works in Vienna, Austria. The artist’s works are included in the collections of The Museum of Modern Art in New York, the Tate Gallery in London, and the Essl Collection of Contemporary Art in Austria, among others.


Blood and oilpainting on burlap 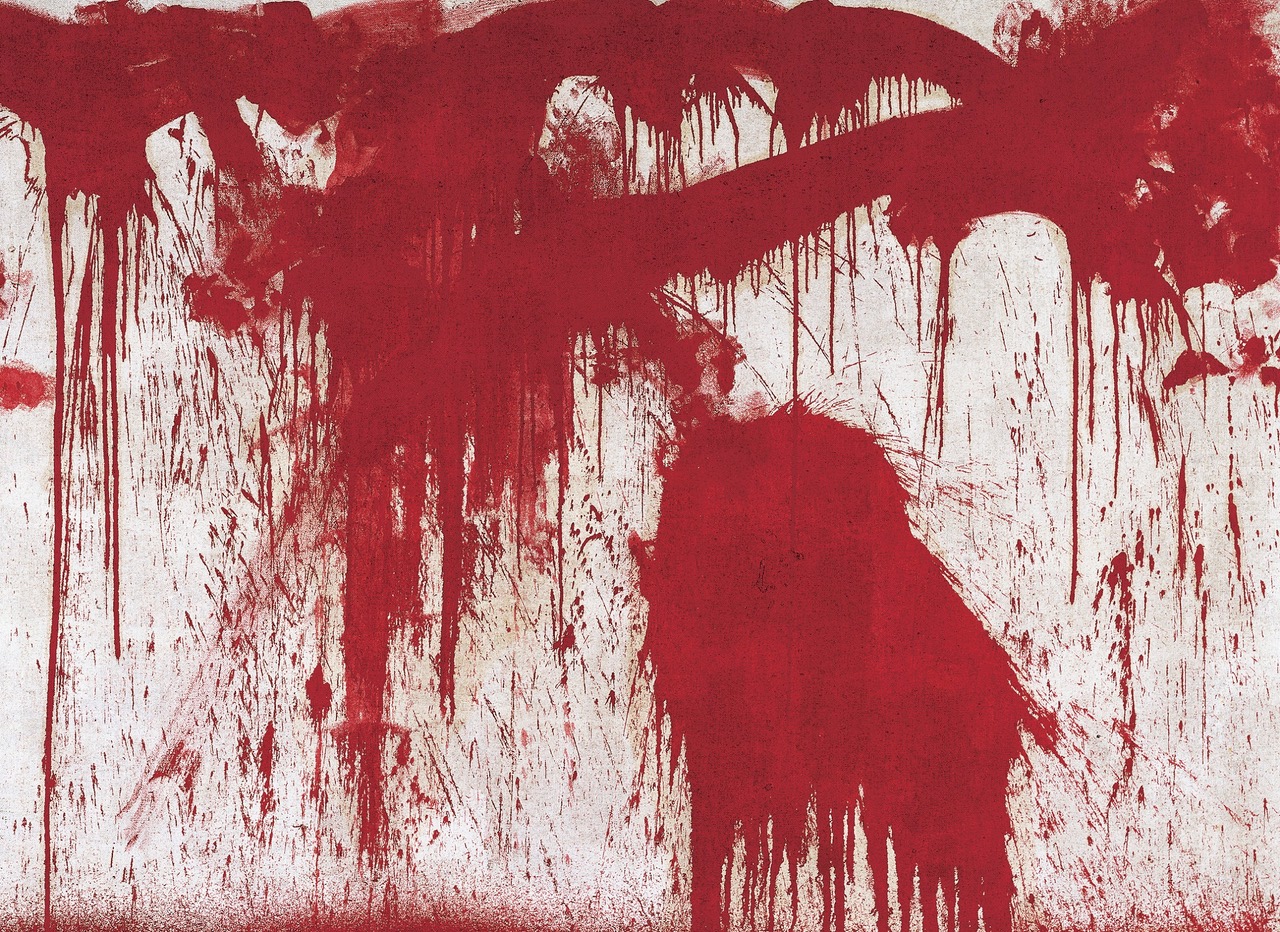