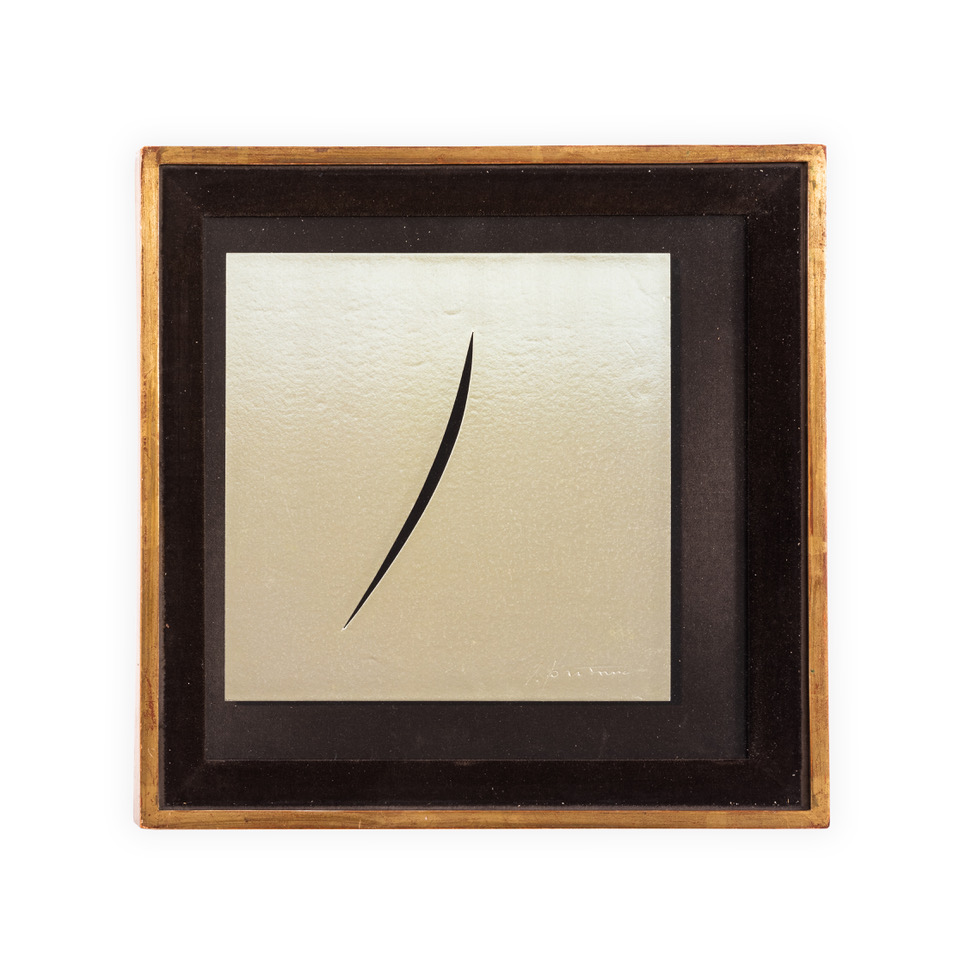 Lucio Fontana (Argentine/Italian, 1899–1968) was born in Argentina, but moved to Milan when he was a young child. Trained as a sculptor at the Academy of Fine Arts of Brera, he became familiar with the art of Arturo Martini, whose work proved influential in Fontana’s artistic beginnings. During World War II, Fontana returned to Argentina, where he began formulating his theory on the concept of space. In 1947, he founded Spazialismo, (“Spatialism”) that he defined in several manifestos as the idea that art should include an element of energy, so that space can be seen in a dynamic way by the viewer, in a constant state of transition and tension. Upon his return to Italy in 1948, Fontana created his infamous set of Spatial Concept paintings, which were novel in his violent attack of the paint surface. By slashing and puncturing the picture plane, Fontana transitioned a flat surface into a three-dimensional one, engaging the viewer through the aftermath of an action. Fontana’s most celebrated gesture, Il Taglio, is a slash used throughout his highly acclaimed Attese works. Among Fontana’s most innovative works are his Spatial Environment installations of suspended shapes and forms in a room dimly lit by scattered neon lights. Fontana was highly influential among the following generation of artists, who began to use installation media more aggressively to address the dynamics of space in environment and Land Art. In 1966, he was awarded the Grand Prize for Painting at the Venice Biennale, a remarkable achievement that occurred just two years before his death in 1968.