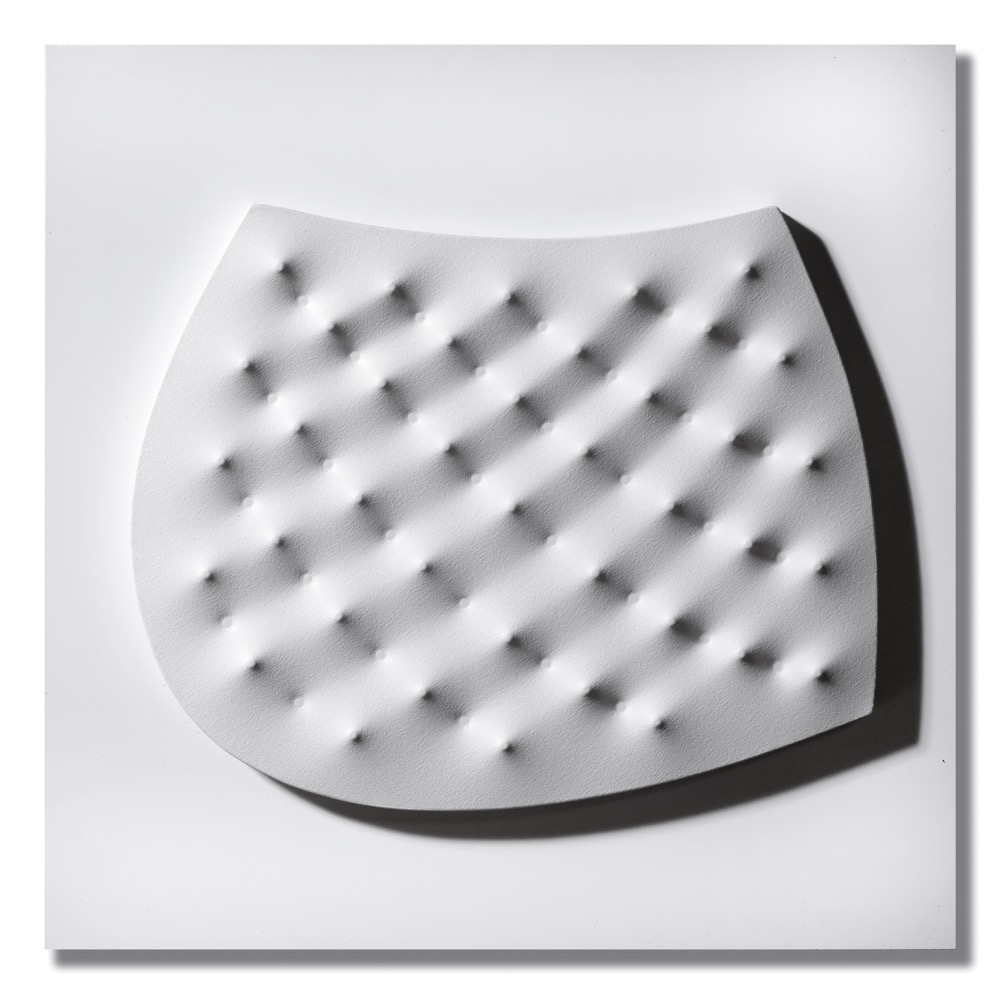 Enrico Castellani is an Italian painter and member of the ZERO avant-garde group. As part of the movement’s goal to rid art of its pictorial expressionism and instead focus on materiality, Castellani’s work is preoccupied with the sculptural aspects of constructing a painting. Throughout his subtle variations of monochrome surfaces, his works produce disorienting effects using the play of cast shadows and angled surfaces that emphasize and remind the viewer that a painting is, in fact, a physical object and not just an illusionistic window. Born on August 4, 1930 in Castelmassa, Italy, he studied sculpture, painting, and architecture in Belgium. The artist has shown at numerous institutions worldwide, including The Museum of Modern Art in New York and the Centre Pompidou in Paris, and has also represented Italy in the 1964, 1966, 1984, and 2003 Venice Biennales.