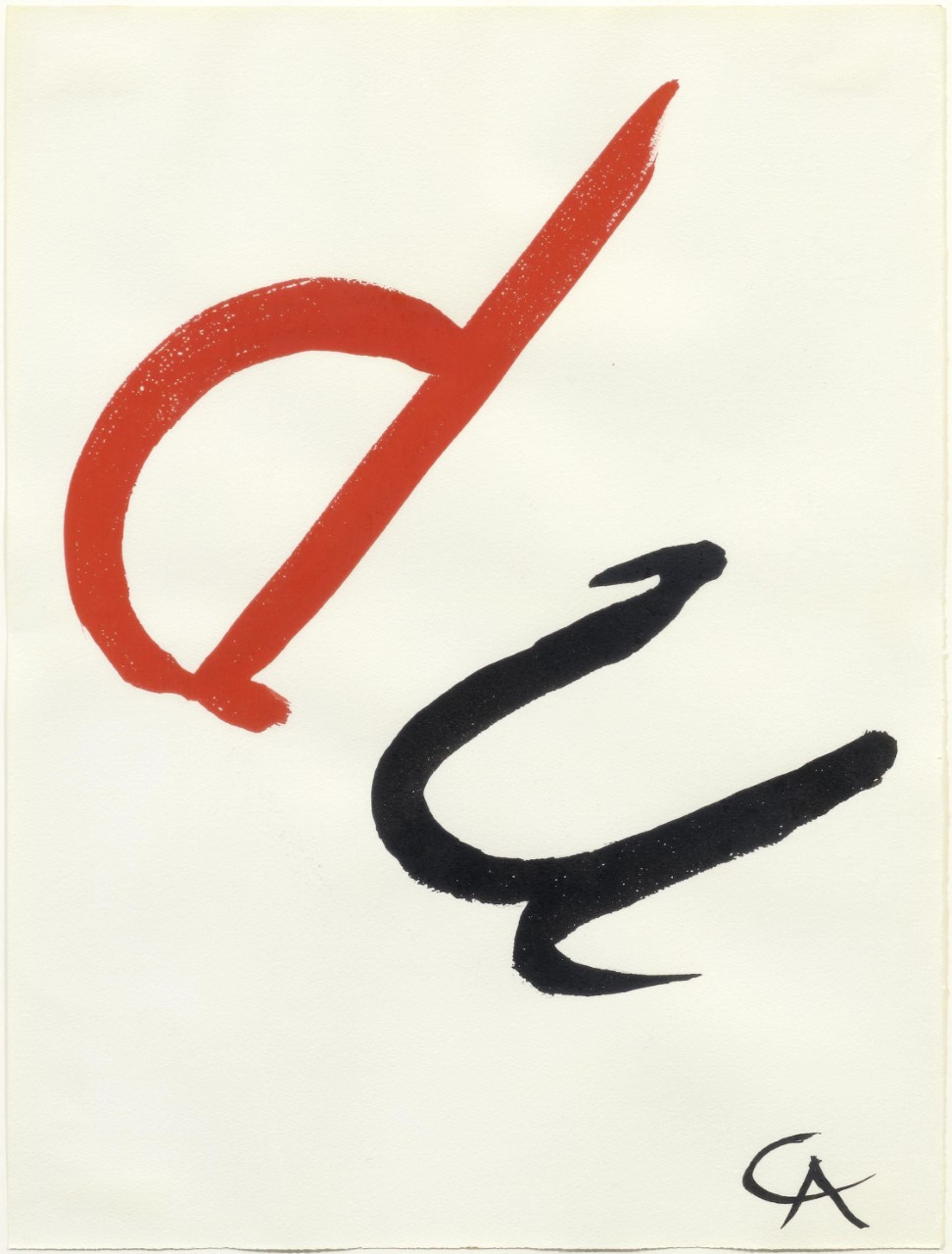 Alexander Calder (American, born July 22, 1898–died November 11, 1976) is one of the most celebrated sculptors of the 20th century. Born in Pennsylvania, Calder was interested in creating movable objects from a young age, and graduated from the Stevens Institute of Technology in Hoboken, NJ, in 1919, with an engineering degree. He later decided to pursue a career as an artist, and moved to New York City to study painting at the Art Students League. While in New York City, he worked for the National Police Gazette, and was sent on assignment to sketch circuses, a festive motif that would become a famous and enduring subject in his work. Upon moving to Paris in 1926, Calder began creating large-scale mechanical installations of intricate circus scenes, featuring wire sculptures with moving parts that he would operate over a two-hour performance session. Building off of his Cirque Calder, he began sculpting portraits and figures out of wire, and received critical attention, exhibiting these works in subsequent gallery shows in New York, Paris, and Berlin.