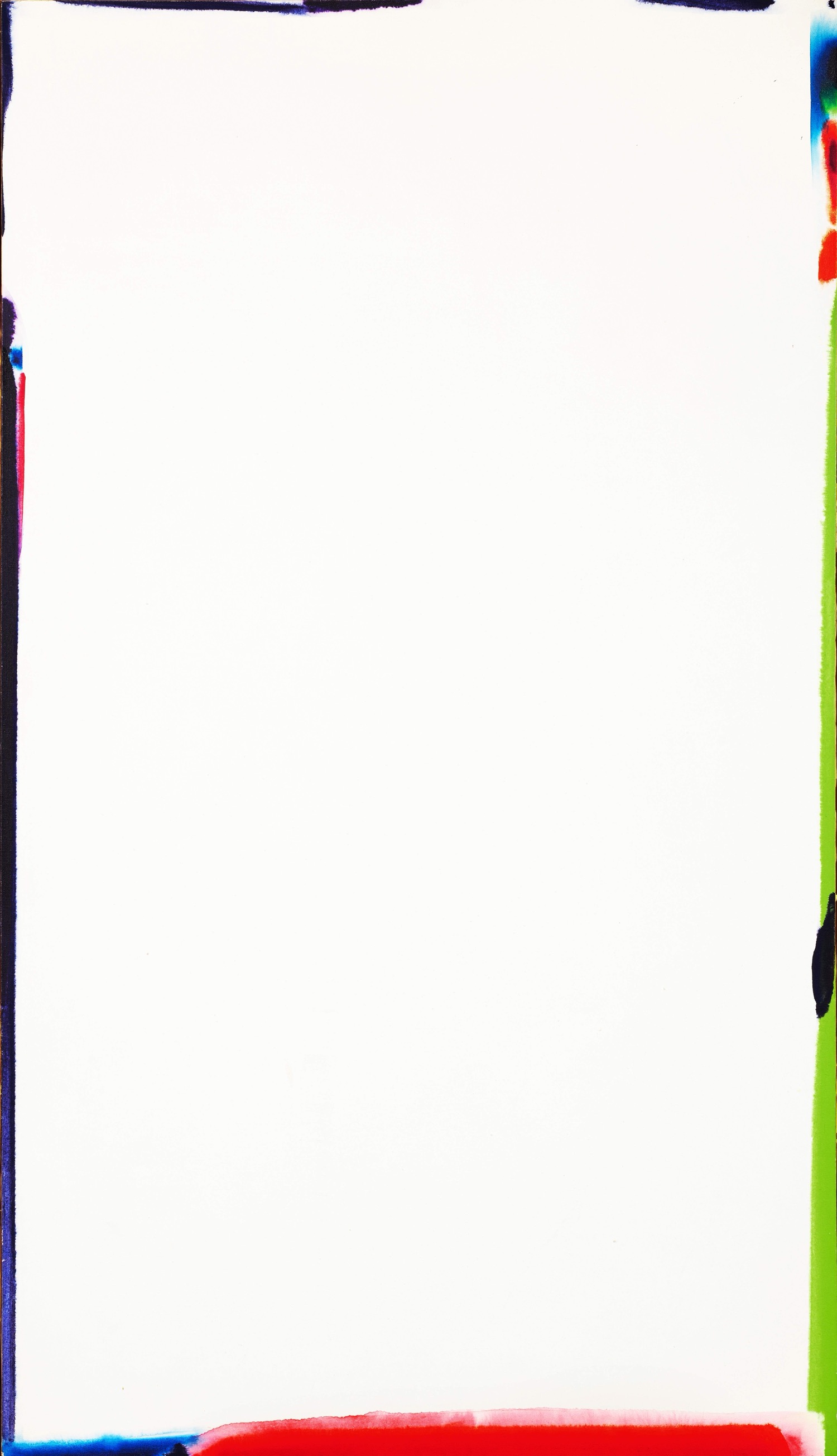 Sam Francis (American, 1923–1994) was an Abstract Expressionist painter and lithographer, known for his exuberant use of color. Born in San Mateo, CA, he studied art at the University of California, Berkeley, after serving in the air force during World War II. His first works were influenced by the Abstract Expressionism of Mark Rothko, Arshile Gorky, and Clyfford Still, but he quickly developed his own colorful abstract style after moving to Paris in 1950. Francis lived in Europe for several years, where he became associated with the French Expressionist Taschisme movement, achieving fame abroad before doing so at home. His Parisian output shifted from monochromes executed with wiggling, biomorphic brush strokes to his Blue Ball series, which features large, amorphous circles of blue paint. Inspired by the art and philosophy he encountered during his later travels to Japan, Francis became fascinated with empty space, and created many paintings with a central white void of unpainted canvas or untouched areas, outlining rectangles or other shapes. He also executed a series of large murals, mainly in watercolor, which he worked on intermittently from the late 1950s until his death in Santa Monica, in 1994. 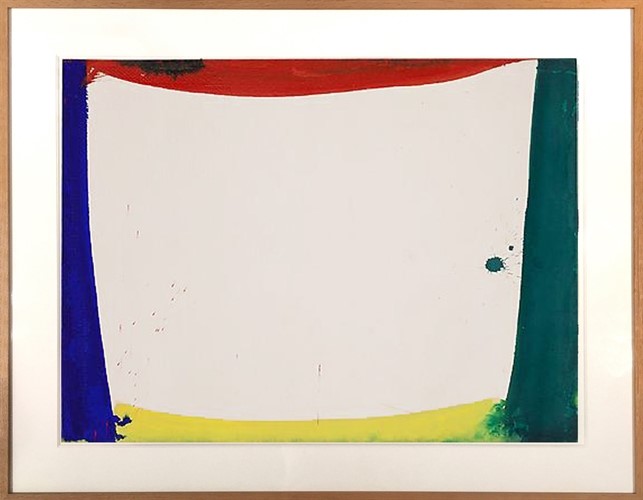