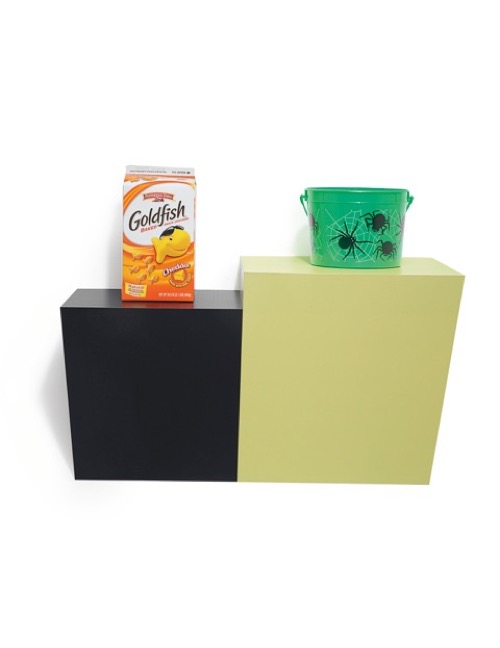 Since the 1980s, Haim Steinbach has been assembling found objects—including toys, cereal boxes, elephant footstools, and ancient pottery—into surprising and compelling groupings that play upon the malleability of perception and meaning. As he explains: “My work is about the all-too-frequent disconnect between looking and seeing, between being aware that something is there and knowing what it means.” Interested in how context influences meaning, he displays objects on colored, wedge-shaped plywood shelves, places them in wooden boxes, or displays them in elaborate installations to foster new associations. In The Roots (2011), for example, he lines up two plastic pipe fittings, a Darth Vader figurine, a carved wooden figure of an old man, a gnarled tree root, and a dog’s rubber chew toy, inviting viewers to find meaning in this grouping by considering each object anew. 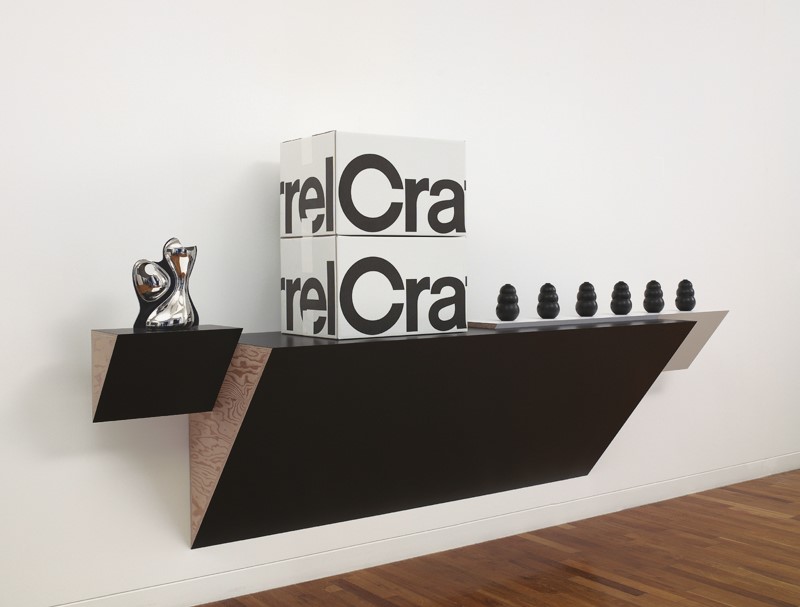