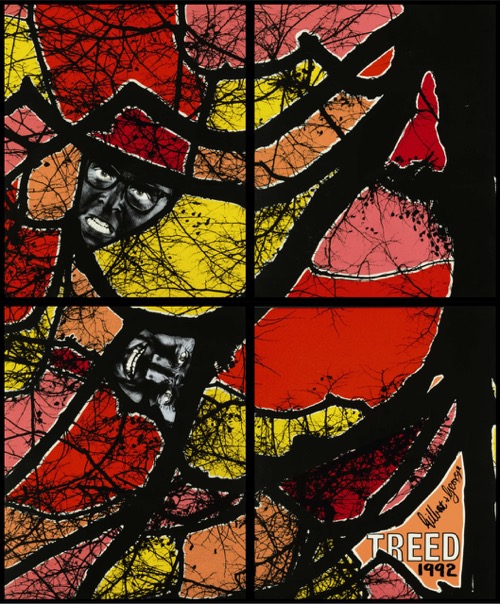 “Art for all” is the credo of Gilbert & George, who met in 1967 while students at St. Martin’s in London. Transcending the modernist tenets of Conceptual, Performance, and Process art, the duo gained critical acclaim for their legendary 1970 performance The Singing Sculpture, in which they established themselves as “living sculptures.” Since, the duo have been known for their cultivated public persona—they appear in public only together, wearing distinctive suits and insisting that their lives and their art are inseparable. Gilbert & George have expanded their practice over the past decades to a variety of media—books, film, painting, postcards, photomontages—their signature style drawing on a Pop sensibility and the appropriation of mass media images. Swinging between the whimsical and the obscene (one series depicted bodily fluids and sexual acts), Gilbert & George have explored a wide breadth of subjects pertaining to race, sexuality, religion, and mortality. 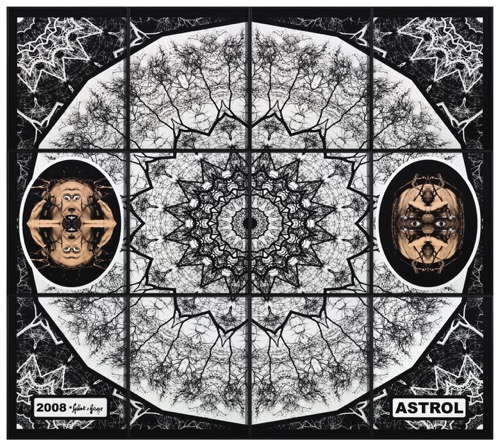 
hand dyed photographs mounted on board