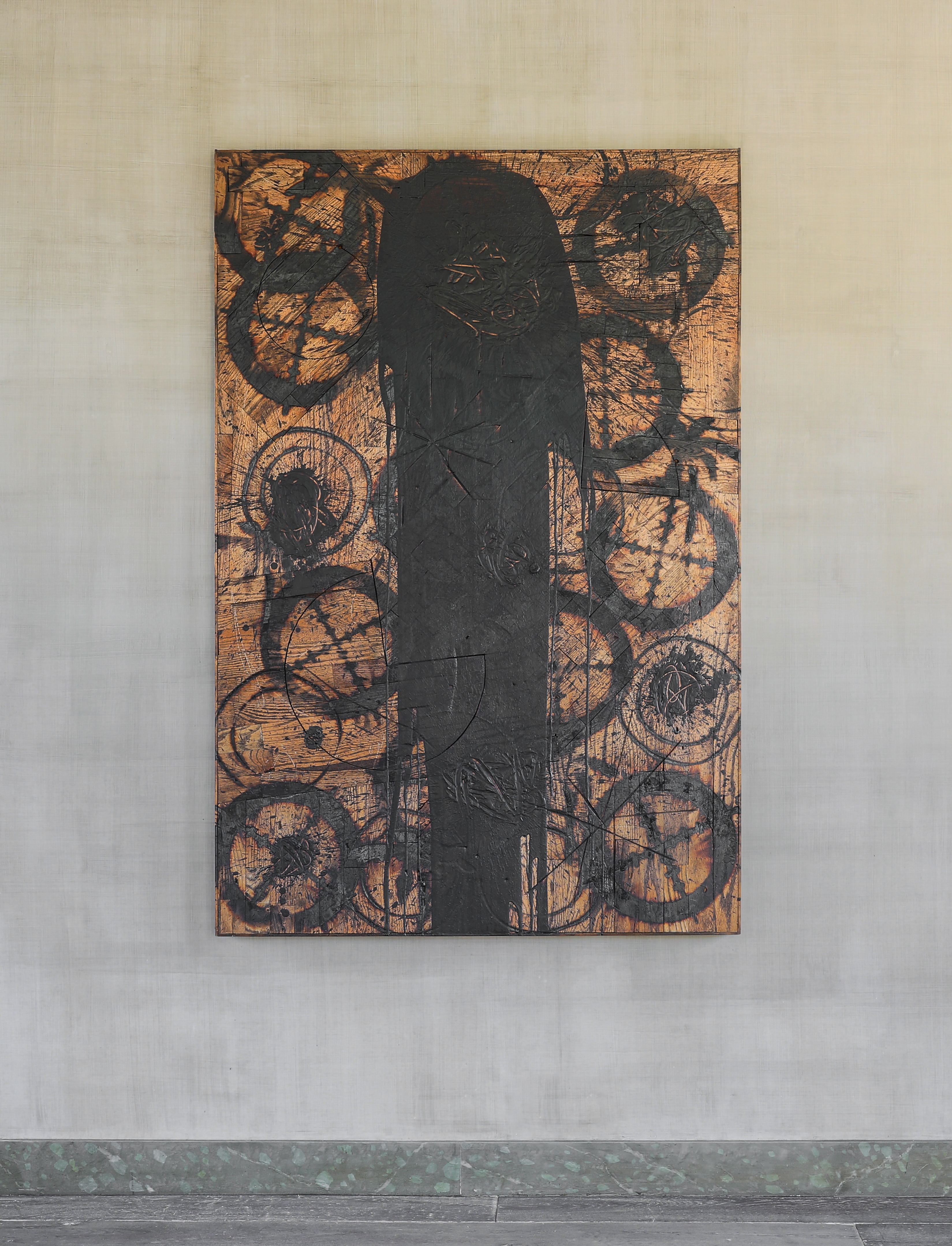 Rashid Johnson’s practice is defined by its critical evocations and entangling of racial and cultural identity, African American history, and mysticism. Many of his early works took the form of conceptual photography, though Johnson eventually expanded his practice to include wall-based works that engage the legacy of painting, sculptural installation, and assemblage using manufactured materials like shea butter, books records, and incense. “The goal,” Johnson explains, “is for all of the materials to miscegenate into a new language, with me as its author.” Johnson also exercises a range of mark-making techniques—like scoring, scraping, engraving, and branding—using self-made tools.